The Historial Bible, in particular the Pentateuch, is a work composed with the double goal of translating the Vulgata at the same time as the Historia Scholastica of Petrus Comestor. The period of its notoriety extends from the date of its writing around 1295 until the period of the appearance of the first printed Bibles: the Bible printed in Lyon by Guillaume Le Roy (1476) takes up Guyart des Moulins work; likewise Jean de Rély’s « Bible historiée » in 1487 is based on a late manuscript of the Bible Historiale. And all the Bibles that followed are dependent on the work of the translator of Saint Pierre d'Aire: the Jean de Rély’s was reprinted many times before 1550 (Bible Historiale of 1498, 1505, 1510, 1514, 1521, 1529, 1531 , 1538, 1543). And no doubt when the Reformation set out to correct the text, it was this « corrupted text » that was on the minds of its authors. 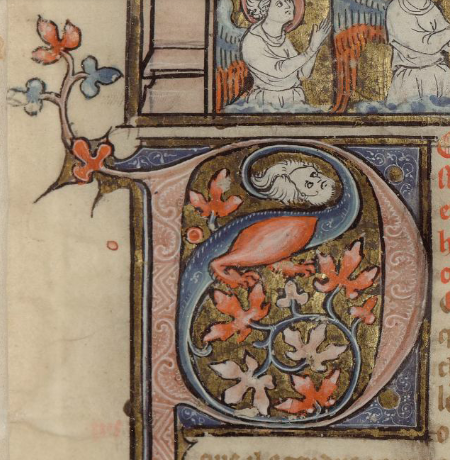